Click each image below to view the full version. 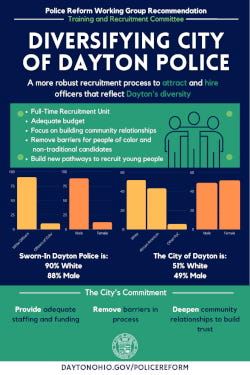 The Department has established a full-time recruiter position. The recruiters is active on social media, and attends numerous community events, with a special focus on minority hiring efforts. Specific challenges to the hiring process are: