The Mayor performs marriage ceremonies for any couple with a marriage license. The Mayor was an early supporter of equal access to marriage and performed the first same-sex marriage ceremony in Ohio following the June 26, 2015, Supreme Court decision.

Prior to equal access to marriage, the City enacted a Sexual Orientation Non-Discrimination Ordinance, provided benefits to domestic partners of eligible employees, and instituted a Domestic Partner Registry. The Dayton City Commission passed legislation endorsing equal access to marriage. Mayor Whaley was active with Why Marriage Matters Ohio, an advocacy group in support of marriage equality. To find out about scheduling a marriage ceremony, click on the link below.

Request a Proclamation, Greeting or Wedding

Requests for information, community presentations, or other assistance may be directed to the contact below. Special emphasis will be given to local residents and community groups seeking information and assistance. To contact Mayor Whaley's Lesbian, Gay, Bisexual, Transgendered and Queer (LGBTQ) Liaison:
Kery T. Gray c/o Ariel Walker
Phone: 937-333-3646

The goal of the LGBTQ Liaison is to build relationships with the LGBT community in Dayton and offer a resource for LGBTQ crime or police issues. All Dayton Police Officers receive training in cultural diversity, including LGBTQ issues, during their basic police academy training. It is the policy of the Dayton Police Department that hate and bias crimes will be treated seriously and the investigations of these crimes will be given priority. The proper investigation of racial, religious, ethnic/national origin, sexual orientation, gender identity/expression, or other bias crime incidents, is the responsibility of all police personnel. The Dayton Police Department will use every necessary resource to rapidly and decisively identify the perpetrators, arrest them and bring them before the court.

The actions taken by the Dayton Police Department in dealing with incidents of racial, religious, ethnic/national origin, sexual orientation, gender identity/expression, or other acts of bias, are visible signs of its concern and commitment to the community. Special emphasis will be placed on victim assistance, community cooperation and public safety response in order to reduce victim/community trauma, fear, repeat victimization or retaliatory acts. 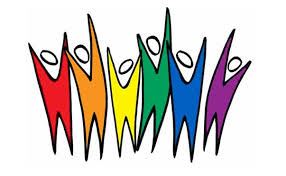